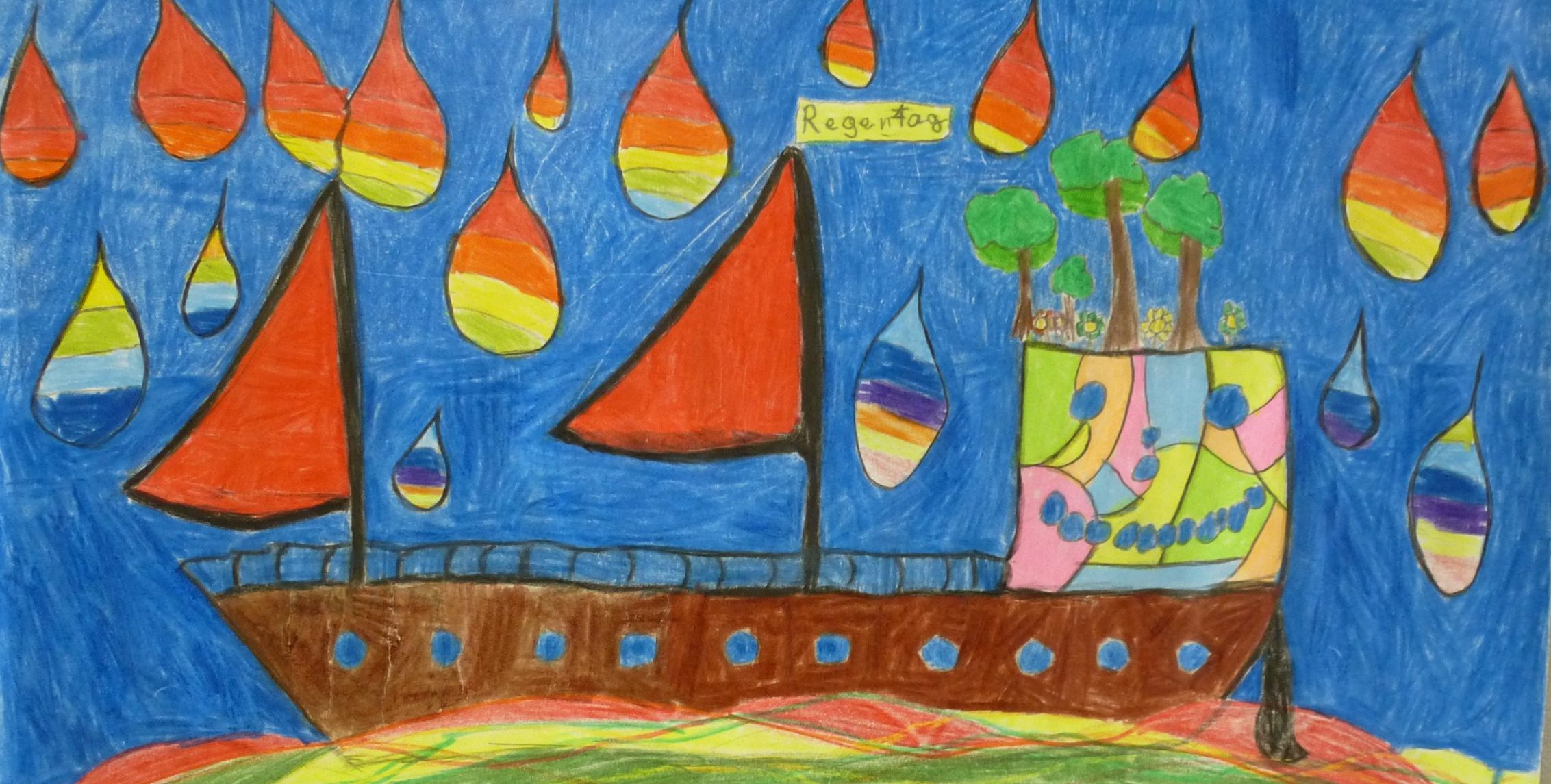 Märchenhaftes haben die Schülerinnen und Schüler der 6b im Rahmen einer Unterrichtsreihe zum kreativen Schreiben im Englischunterricht entstehen lassen. Dabei wählten sie aus einer Reihe von bausteinartigen Märchenelementen eine für sie passende Kombination aus und gestalteten auf dieser Basis ihr individuelles Märchen (Text: Jasmine Schneider, Bild: Laurin Fritz):
The magic fountain
Once upon a time there lived a poor farmer family. They had nothing left to eat. One day one of the farmer’s sons wanted to get fresh water from a fountain in the nearby forest. Before he reached the fountain he met another farmer. The son said: “Good morning. How are you?” The other farmer couldn’t answer because suddenly the son fell into the fountain. First it was dark but some time later there were little lights everywhere around him. Then he found out that those lights were the stars. It was beautiful. Now the son saw that he was in another world. It became clear to him because here the trees were blue and their leaves were red. Suddenly the ground under his feet trembled. A green dragon with clouds of smoke coming out of his nostrils came out of a big hole. Then he felt something cold in his left hand and saw it was a sword and he heard a voice. It said: “You have to fight against the dragon. If you can do this without an injury, you will get a magic golden fish. With its magic you can make three wishes come true.“

It was fantastic! With this fish he could find his way back to the fountain, get back home and then make a last wish. He was a good fighter. He fought against the dragon without any injury. He defeated the dragon which ran away and took the fish and one scale that the dragon lost during the fight. He was very proud of himself. Now he made his wishes and said: “First I want to find the fountain and then break its spell. That adventure was just too much for me! And my last wish is that my family will get enough to eat and drink as long as they live.” The fish waved one of his fins and now the farmer’s son was at the fountain again and what he saw was crazy: The other farmer was still standing there. He realised that time had stopped. Back home he put the scale of the dragon into a hole in the ground and said to his family: “Nobody has to be hungry or thirsty any more.” And they lived happily ever after. 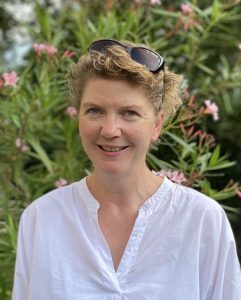 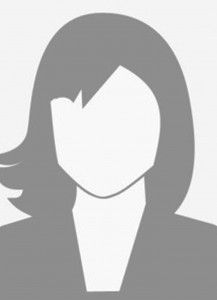 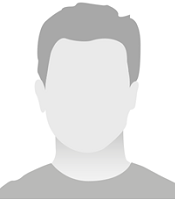 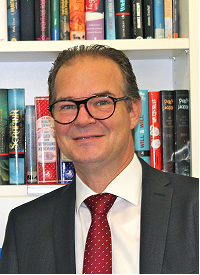 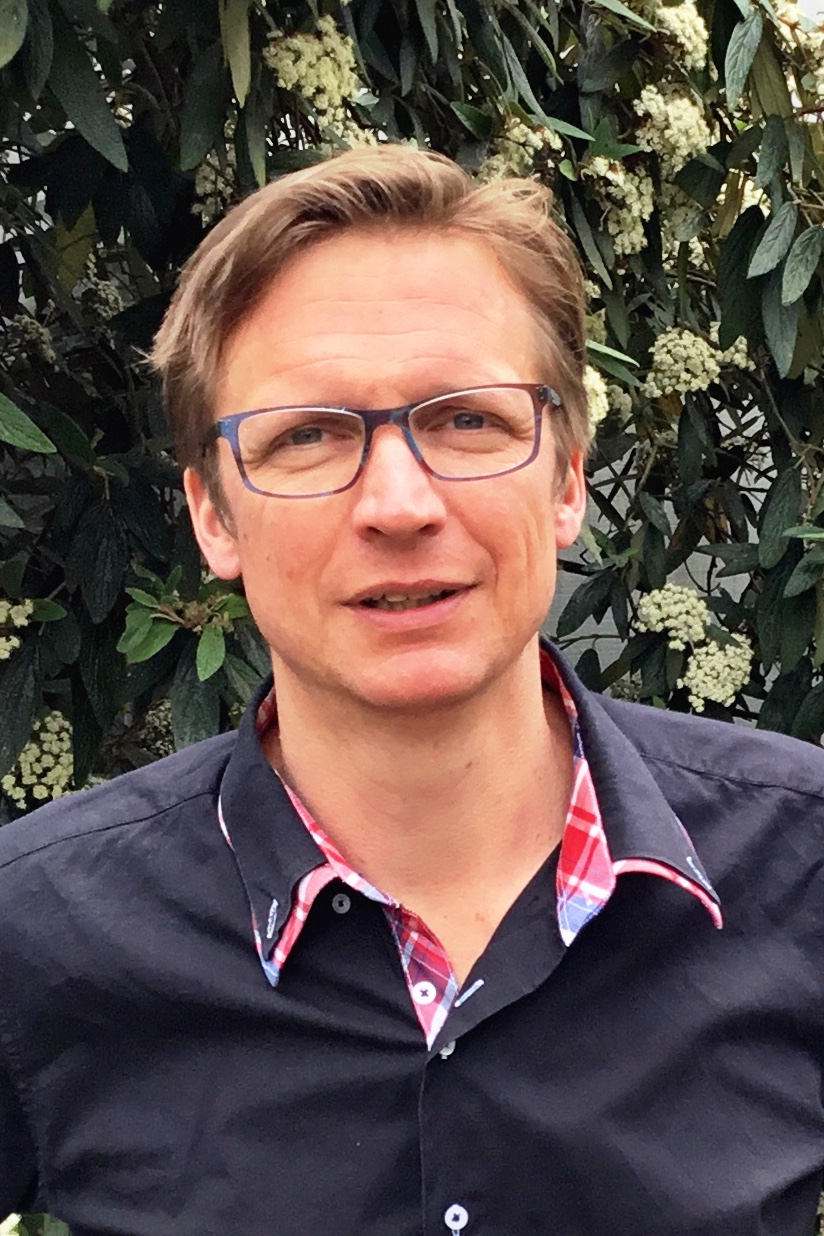 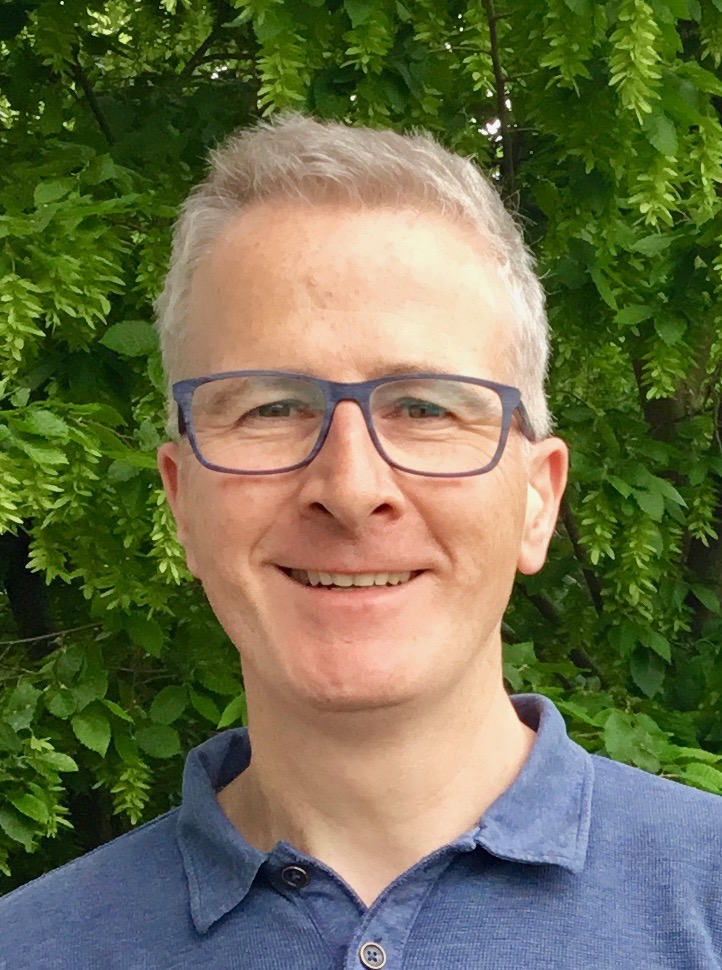 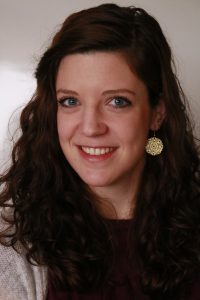 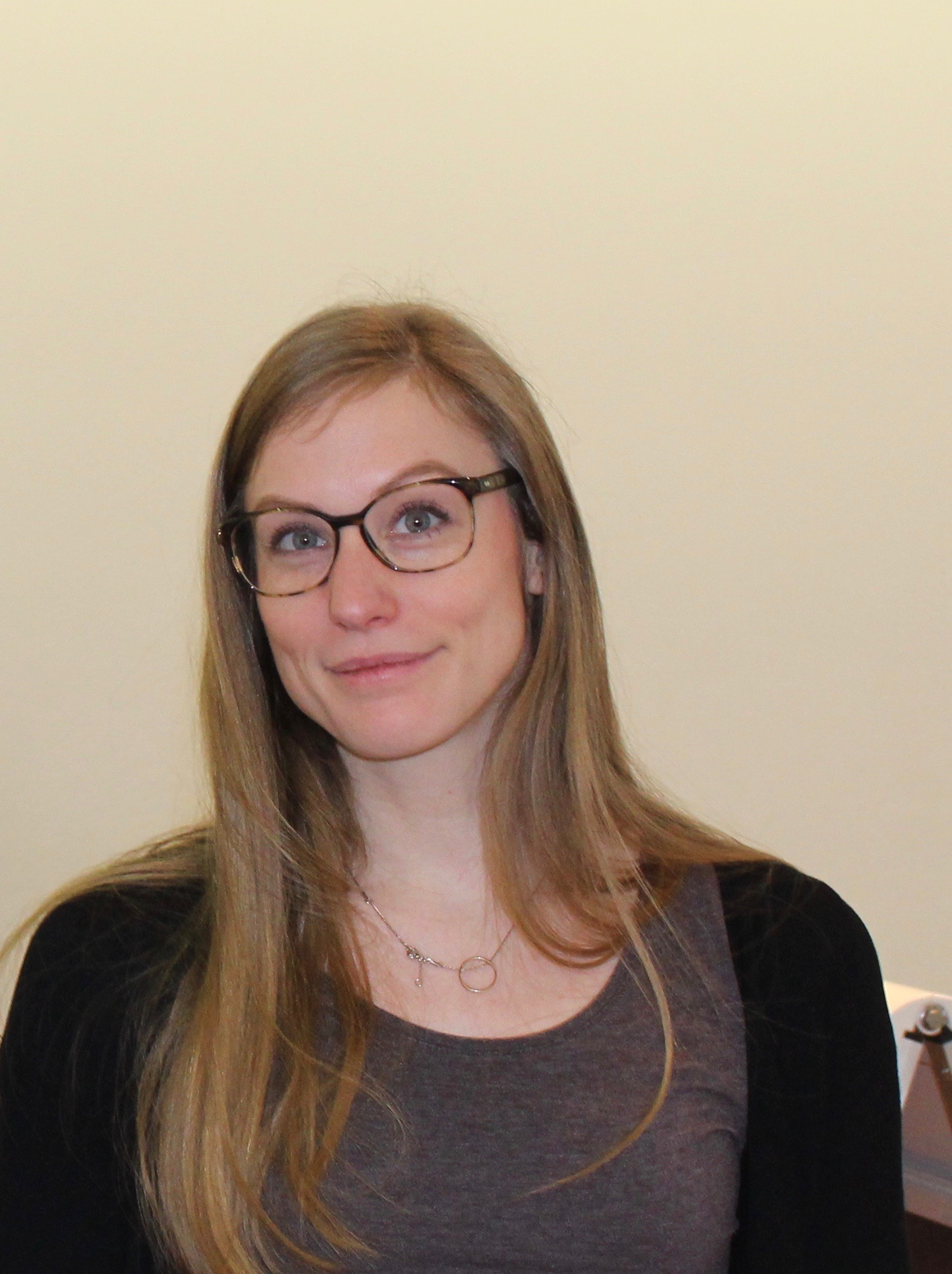 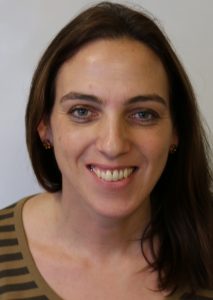 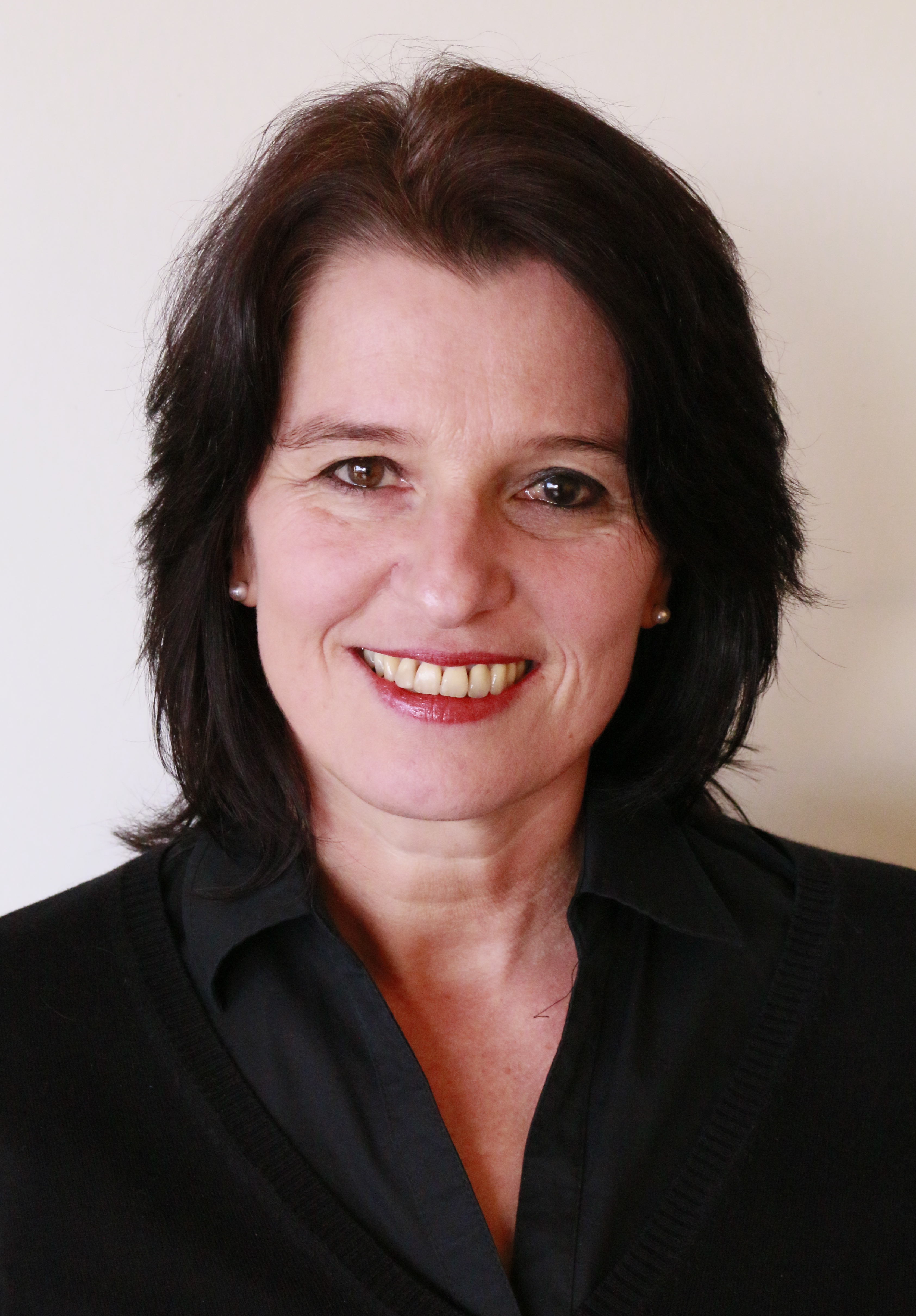 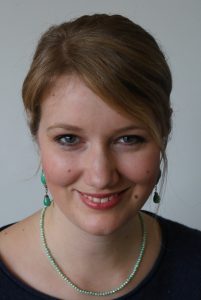 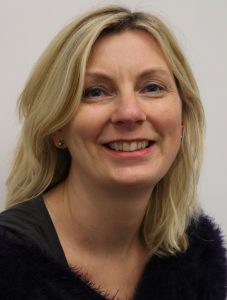 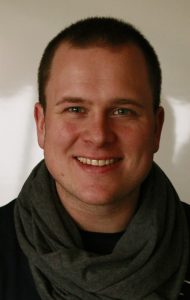 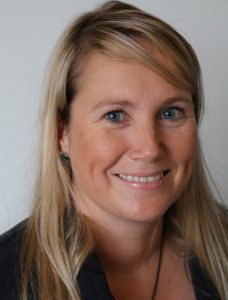 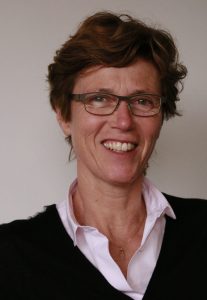 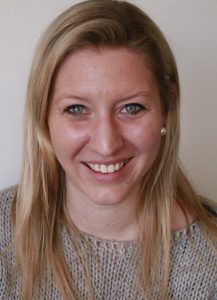 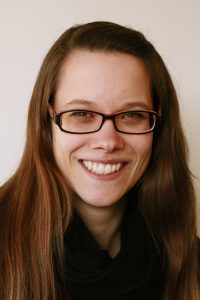 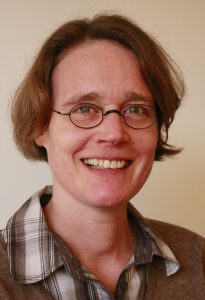 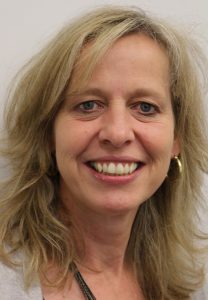